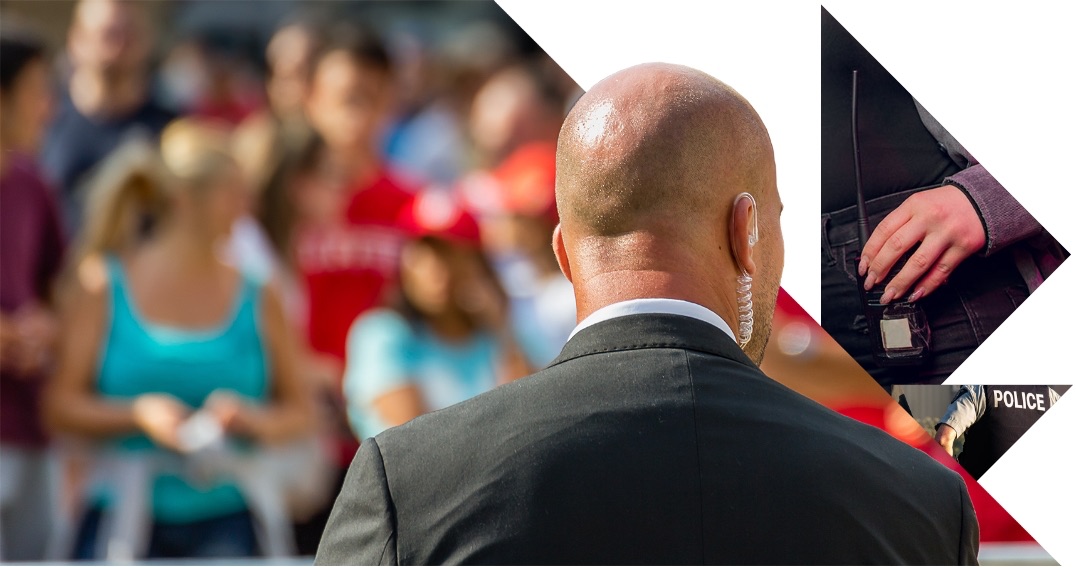 With a team that includes former law enforcement, first responders, and other public safety professionals, we’re uniquely qualified to understand exactly what you need to protect your community.

Committed to Ensuring a Safer Tomorrow

At Omnigo, we believe you should have the best support available to protect your people, assets, and brand. We also understand how challenging it can be to protect your community without the proper resources. We’re committed to helping customers secure their organizations’ property, control operational costs, and ensure the safety of the general public. 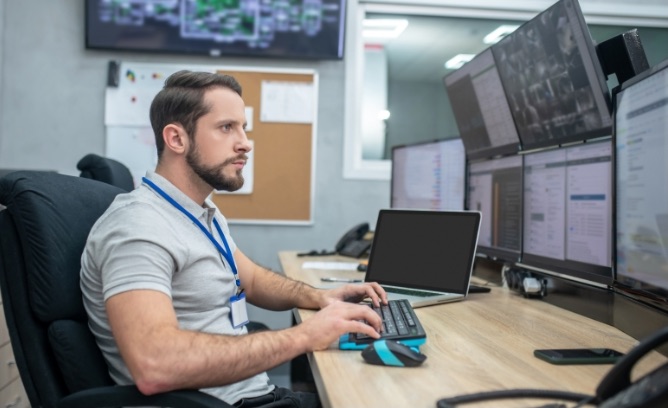 At Omnigo, our mission has long focused on developing software solutions that enhance the safety of the entire community. We’re here to arm you with superior tools that allow your team to focus on what’s most important.

Protection for Your Entire Community

We aim to help organizations provide safe environments for communities and workplaces through our customized solutions.

We understand your pain points and challenges and have a shared vision to ensure a safer tomorrow.

We keep a pulse on customer feedback and requests, along with industry and market trends to keep pace with your evolving needs.

Beyond the initial installation of Omnigo’s products, we offer world-class support to cultivate a lifelong partnership. Richard DeFrancisco has taken the helm as CEO for Omnigo. Rich joins Omnigo with 30 years of IT knowledge and leadership experience in software-as-a-service (SaaS), artificial intelligence (AI), and cybersecurity companies. Previously, he was Chief Revenue Officer and President of McCarthyFinch, an artificial intelligence platform for lawyers, and Chief Revenue Officer for CUJO AI, an AI portfolio product company, creating safer smart-living experiences. Most recently, DeFrancisco served as CEO of Lexipol, a provider of public safety policy and training solutions for law enforcement, fire and rescue, and corrections.


He has a history of being a change agent throughout his career, driving cultural change and dramatic growth. Rich also brings an extensive background in unifying teams across the organization and solidifying a clear, concise strategic vision and execution plan.


An East Coast native, Rich graduated from Penn State University with a degree in advertising and marketing. He is an avid Philadelphia Eagles fan and enjoys spending time with his family. 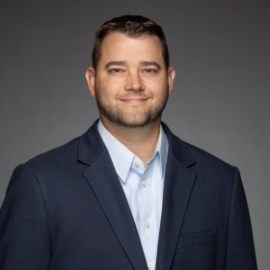 Serving the past 15 years as an employee at Omnigo, Nick Kehoe takes on the new mantel as Chief Strategy Officer. Nick has consistently demonstrated a keen ability to recognize customers' needs, positioning the organization to respond quickly with solutions that drive their continued success. As a Chief Strategy Officer, he will continue to advance the global strategy for Omnigo's intelligent protection and security suite of products and help refine the company's positioning while continuing to work directly with Omnigo's most strategic clients.


Having committed much of his career to Omnigo, Nick has a keen understanding of its vision and direction, contributing significantly to its successes. 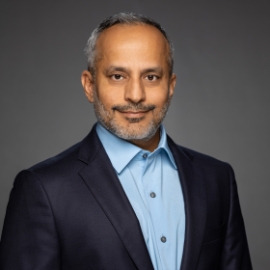 
Before joining Omnigo, Rohit served as the VP of Product Strategy and Management at Central Square Technologies. He worked in global Oil & Gas technology, financial services, and the semiconductor industry. He is a strong P&L Leader with a track record of driving profitable growth, building durable competitive differentiation, and expanding into adjacencies.


Rohit has an MBA from Babson College and a Bachelor of Science in Engineering from the University of Massachusetts. He is a board member of the Juvenile Diabetes Research Foundation (JDRF), South Florida Chapter, and Precise Telehealth, a Telemedicine company. He enjoys spending time with his family and volunteering for JDRF. 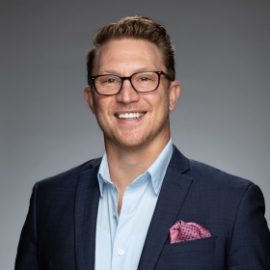 As Chief Customer Officer, Cody Koetter is responsible for successfully implementing Omnigo's Value Creation Plan, integrating acquired companies, and developing Omnigo's operational infrastructure. Before his current role at Omnigo, Cody served as the Head of Product Management at Trintech, leading the mid-market business unit's creation and expansion into multiple new geographic markets while running global product management, product marketing, and operations strategy. Before his role at Trintech, Cody worked as the Director of Strategic Programs, where he developed, launched, managed, and completed the successful implementation of Trintech's Value Create Plan, as well as leading M&A strategy and integration efforts of multiple add-on acquisitions and the company's recapitalization.


Before Trintech, Cody led APAC Operations for Bowne & Co., where he was responsible for the creation and development of operational infrastructure to launch, support, and organically sustain the rapid acceleration of a business unit, in conjunction with a strategic business partner, while operating out of Delhi, India. Cody holds a Bachelor of Business Administration in Finance from the Midwestern State University and is an avid fan of all Dallas sports. 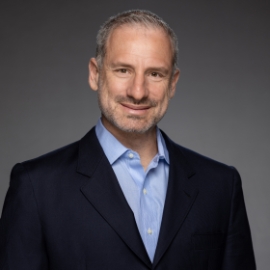 Damian Starosielsky, Omnigo’s Chief Technology Officer, is responsible for the Engineering, Technical Support, Cloud Operations, and IT organizations. Damian has over 20 years of experience leading large technical teams in the cybersecurity and public safety industries.


Before joining Omnigo, Damian was a co-founder and CTO of Evident, a VC-backed cybersecurity startup. Prior to that, he was with Motorola Solutions where he led innovative technical teams bring multiple growth initiatives off the ground.


Damian has a bachelor’s degree in computer engineering from University of Campinas, Brazil and an MBA from Fundacao Getulio Vargas. He’s a passionate technologist who loves when innovation creates exciting business outcomes and growth. Damian enjoys long bike rides with his family and exploring programmable toys with his kids. 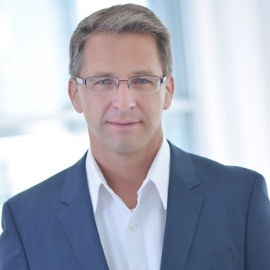 Udo Waibel has been on the board of Omnigo since 2018. He brings over 20 years of leadership experience in software, business consultancy, and technology management, with a particular emphasis on assessing, designing, and executing new product development. 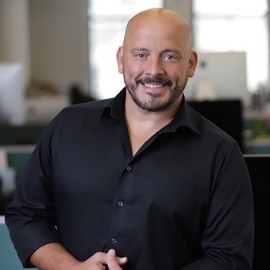 Presently serving as CEO of Encoura, a fast growing ed-tech SaaS company, Doug Hughes is a seasoned operator and innovator who has committed his entire professional life to serving in mission-oriented roles. After several years as a tanker in the US Army, Doug became a first-generation college student at University of West Georgia, graduating with honors with a degree in Information Systems.


After college, Doug held successive leadership roles at McGraw-Hill Education. While at McGraw-Hill, Doug was responsible for the creation of many industry-first technologies, all of which have stood the test of time and are still in use in classrooms around the world.


Doug’s innovation and leadership prowess elevated him to the C-Suite at McGraw-Hill, where he was instrumental to the transformation of the enterprise into a student-centric technology powerhouse. After leaving McGraw-Hill, Doug leaned into his entrepreneurial spirit and joined Knewton, an AI-driven learning startup. After successfully turning around and selling Knewton, Doug joined Encoura, where he and his team are now turning their full attention to solving some of the most pressing issues of our time: equity and access to postsecondary opportunity for all, with special emphasis on underserved populations.


Doug also holds an MBA in Technology Management from University of Phoenix, and he presently lives in Nashville with his family. In his "spare time," Doug is also a professional songwriter. 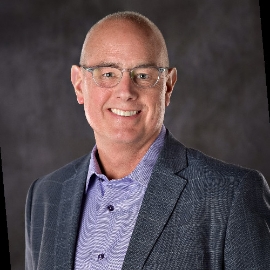 Having spent his entire career in the Public Sector technology market, Kevin is a recognized leader within this space.  Currently Kevin is the President of Austin based GovOS, a company offering a suite of cloud-based solutions that enable local governments to automate and streamline operations, provide seamless access to resources and information, and deliver cutting-edge digital services to businesses, residents, and agencies.


Throughout his extensive career, Kevin has been focused on driving improvements in customer retention, growth, product innovation, and strategy.  He has held executive team, sales, and operations authority at several PE-backed companies, where he managed partner relations, led market entry, and built profit-generating strategies as President, CRO, COO, and CCO.

We’ve used Omnigo for dispatching, report writing, tracking Clery incidents, and more for about 12 years. During that time, Omnigo products have evolved and grown to meet and, at times, surpass the needs of our agency. When we have had questions or concerns, Omnigo listens and takes action to resolve them, and they provide training and customer assistance promptly and courteously. Suffice it to say, we are very pleased with Omnigo Software solutions

We highly recommend the Omnigo platform. It has made our school district’s properties and students safer, and drastically enhanced our tracking and reporting of incidents, which improves communication and budget allocation.

We’re fortunate to have used Omnigo products for the last 15 years and couldn’t be happier with the performance, programming options, and integrated report availability. Omnigo is a leader in the field and we are thrilled to have them as a partner

To be able to react dynamically to daily security changes is significant in any security environment, but especially in a major city like Chicago. Having this capability is a tremendous asset to this facility in particular.

Our expert team is here to help you streamline your processes, safeguard your brand, protect your community, and ensure a safer tomorrow. 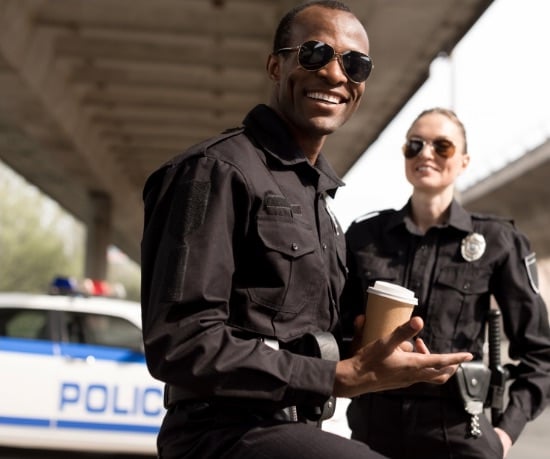 Omnigo is growing and looking for people who are passionate about ensuring a world with safer tomorrows. When you join our team, you can expect a rewarding, exciting career with an organization that values a happy, healthy workplace, keeps the customer at the forefront of everything we do, champions innovative technology, and is committed to social responsibility.

Streamline Your Processes, Protect Your Community,
and Ensure a Safer Tomorrow

Schedule a customized demo to see how our
Omnigo solutions will benefit your organization and community.